End of May, Karina went to the EGU General Assembly in Vienna. On this event she presented her recent work on "Global land use transitions and their drivers during 1960-2019"

The same week as EGU, Karina also visited the ESA Living Planet Symposium in Bonn. In front of a full auditorium (over 300 people!!!) she presented her work on "The Eastern European land carbon sink"

In July, Elizabeth participated at the Centennial Congress of the International Geographical Union in Paris. She presented her work “Using simulated land use change to assess Quality of Life” in front of the specialised international audience that attended the ‘Land Use/Land Cover Change Driving Forces and Impacts’ session of the congress.

End of June, Richard attended the Indoor Agtech Innovation Summit in New York, which was a conference specifically about indoor farming (e.g. vertical farming). Richard discussed with scientists, leaders in the industry, venture capitalists, suppliers and governmental institutions about the opportunities but also many challenges and bottlenecks in that still young industry.

In April, Richard participated in the 2nd Alumni Meeting of Remote Sensing and Geoinformatics study course in Jena. Many former students (partly now professors) came back to present their research and discuss their work. Richard presented recent results from the new HILDA+ model.

End of May, Bumsuk joined the Topic Days 2022 organised by Helmholz Research Program `Changing Earth – Sustaining our Future' in Karlsruhe.

The seven Helmholtz Centres joined for developing future research in the field "Earth and Environment". Bumsuk presented the ongoing research on combining agent based land use modelling (ABM) and artificial intelligence (AI) for continental and regional future land use projections.

Early May, Karina and Richard travelled to Paris to attend the final general assembly of the VERIFY project, a EU funded H2020 project tto quantify more accurately carbon stocks and the fluxes of carbon dioxide (CO2), methane (CH4) and nitrous oxide (N2O) across the EU based on independent observations in support of inventories that rely only on statistical data. As data providers ofr historic land-use data they both presented the latest developments of the new HILDA model. 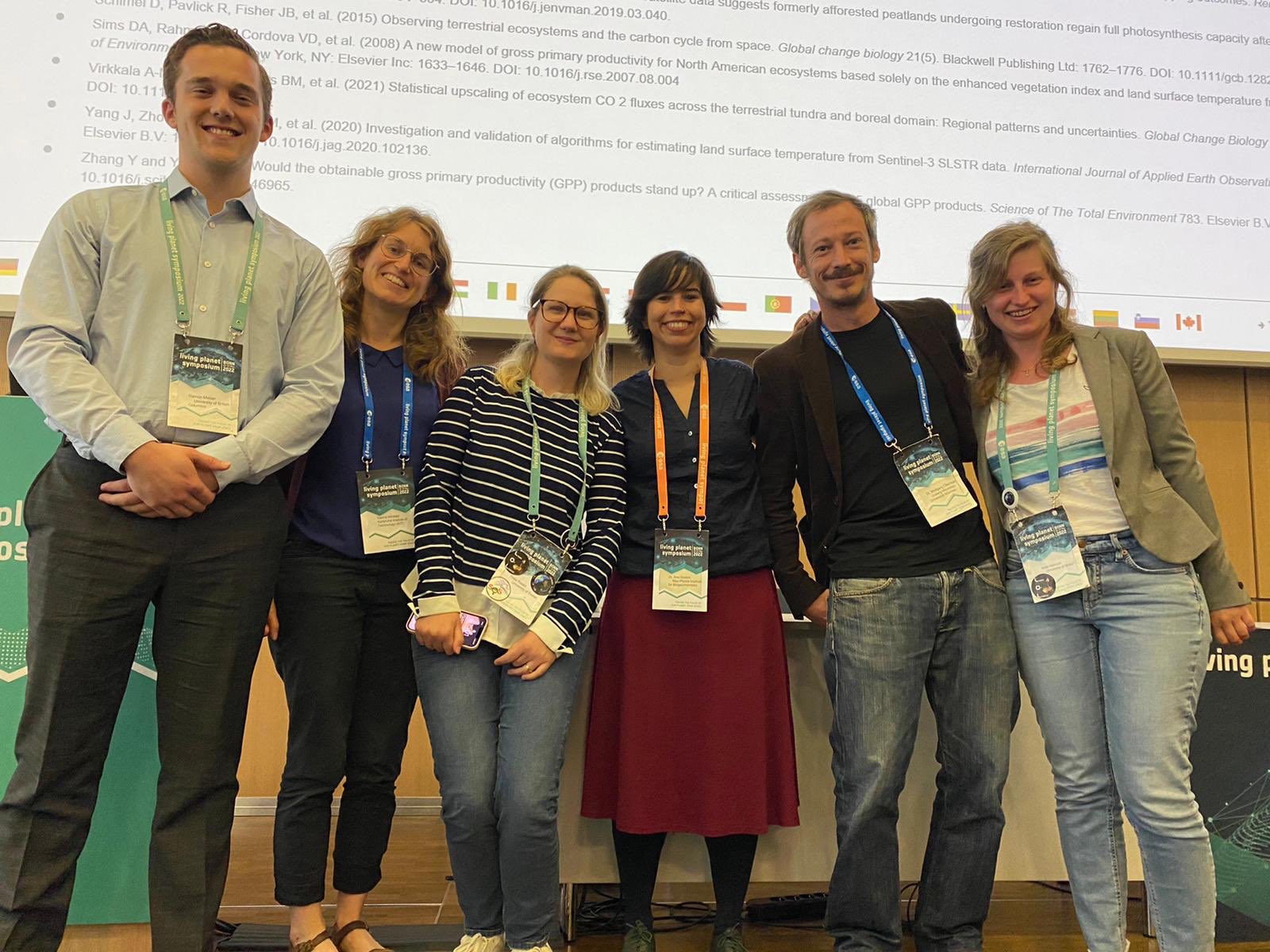 Karina with other speakers on stage of the carbon session at the ESA Living Planet Symposium in Bonn. Copyright: Clement Albergel